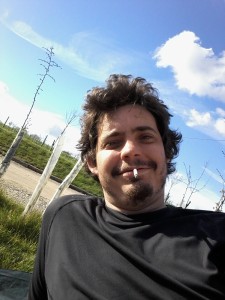 I left you in Wales more than a week ago. When I arrived in Chepstow I took a train to Bristol, I know it sounds like cheating but if you look at the map you will see it was actually the only solution. There were any more ferries crossing the Severn river. 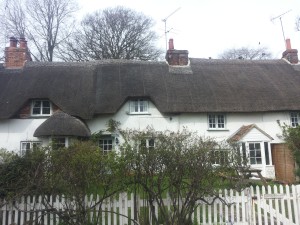 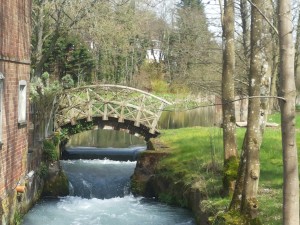 Arrived at Bristol, I did not visit the city at all, by the time I got to the hoste, I took a shower, a laundry, some food and it was already night. Since I started the journey a month ago – yes, a month has already gone – I am getting used to fall asleep at around 9, at 10 maybe if I’m felling full of energy. And also in Bristol there were too many people, I was coming from three week in the wildest part of Wales where I could really count on my fingers the people I met every day, and suddenly walking in a big city was too impressive; I was dazed and confused. 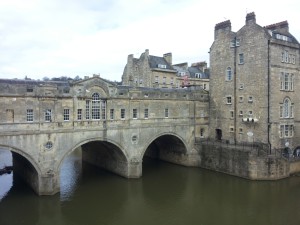 The day after I went to Bath where I stopped two days. Since the beginning of the journey I was dreaming of Bath for only one reason, the thermal bath. And I did it. It was a really relaxing experience but eventually not a very good idea after all. 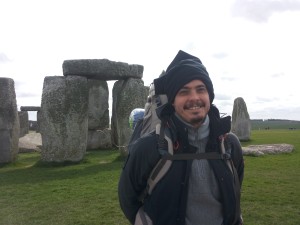 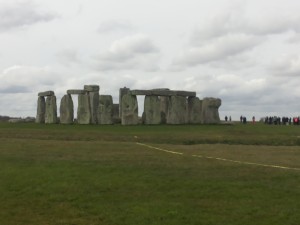 Anyway two days later I started to move to Stonehenge, it took 2 days, and after Salisbury an Winchester. 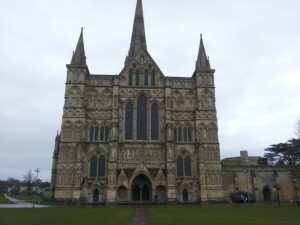 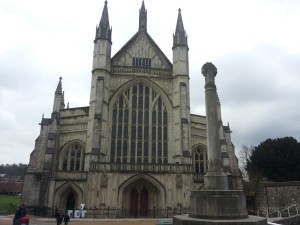 After the break the weather got worst and my self as well. I believed that the problem was the thermal bath and that dammed back massage. When you start a long walk the first 3 days are terrible until your muscles are stiffen. So imagine after 2 relaxing days with massages, the pain on my back and shoulders got back. I think I was not ready at all to restart. 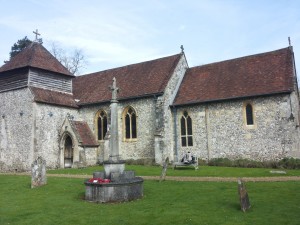 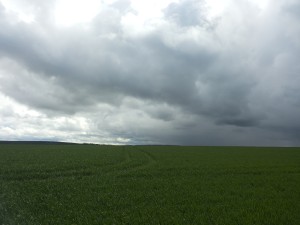 Let’s go back to Winchester then, because it’s a city with an important meaning in my journey. In fact, from that point I can clearly identify my self as a pilgrim. I can now seriously tell to people that I’m going to Canterbury, to say Rome it is too early, it can still seem crazy. In Winchester it’s where the English pilgrim way to Canterbury starts. The first part it is St. Swithun to Farnham, from there I will follow another English trail called North Down Way, that will then take me to Canterbury and Dover.
I can’t finish this update without giving a huge thanks to the Haines family that host me one night and offered me a warm shower and a breakfast. THANKS!!!

GO AHEAD MY FRIND AND PUSH !!!

bravo Matteo, have a nice journey. go go go.
beppe (…I am a close friend of your parents…)